Unlock and Level up the Support Dragon to Grant Your War Dragons Buffs!

Following Darkfyre, Moonshadow and Sapphire, Lightning the Support Dragon made his debut in game this September. After being unlocked and levelled up, Lightning can help significantly increase your troops’ defense and health, and reduce the enemy attack up to 12% while increasing the dragon power. In addition, you can obtain the Lightning Essence by completing tasks in events and from the All-out War Shop. Come and check out more details.

Requirement: Players with a castle level 25, and player kingdoms have been existed for more than 20 days

What is Support Dragon?

The dragons are divided into War Dragons and Support Dragons based on their skills and function after Lightning’s adding to the game. Darkfyre, Moonshadow and Sapphire, which can allow you to deploy them, battle with them, or send them to explore across Westeros, are all War Dragons. And Lightning that can offer Talent Skill effects and can’t battle, be deployed, or be sent on explorations, is called Support Dragon. 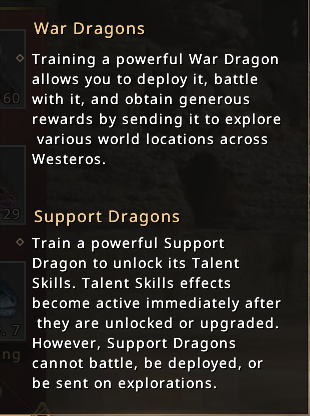 What Talent Skill Effects Can the Support Dragon Provide?

Lightning’s Talent Skill effects become active immediately after it’s unlocked or upgraded. It can increase the health and defense of your troops up to 12% after the required talent branch being levelled up to level 10. When Lightning grows into an Ancient Dragon I, it can help reduce the attack of enemy troops by 12% when in level 10. 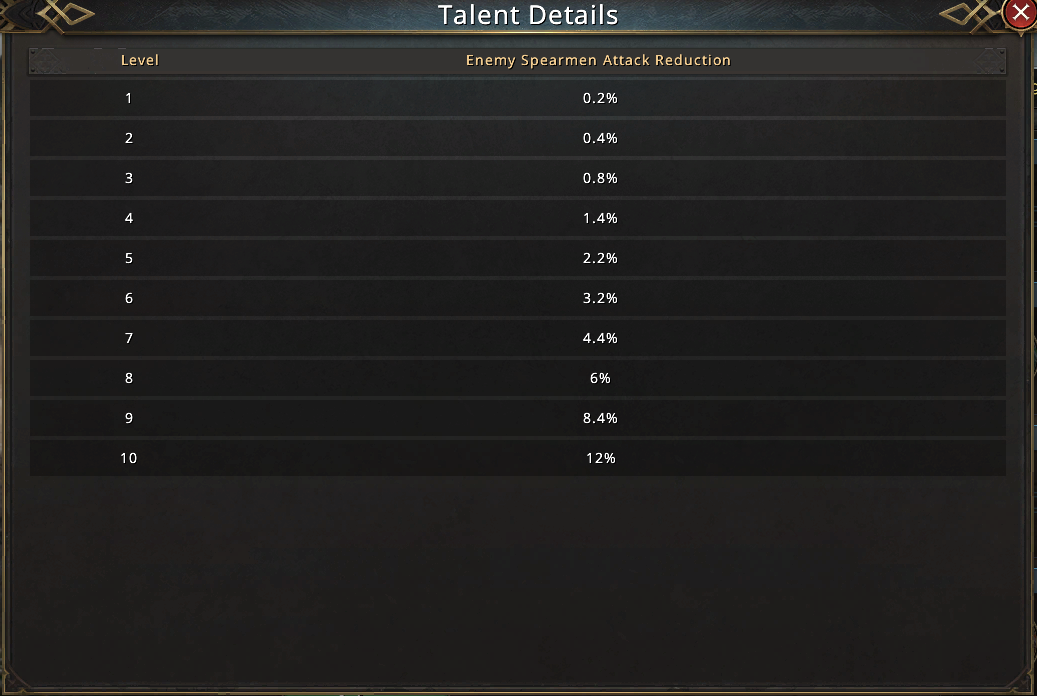 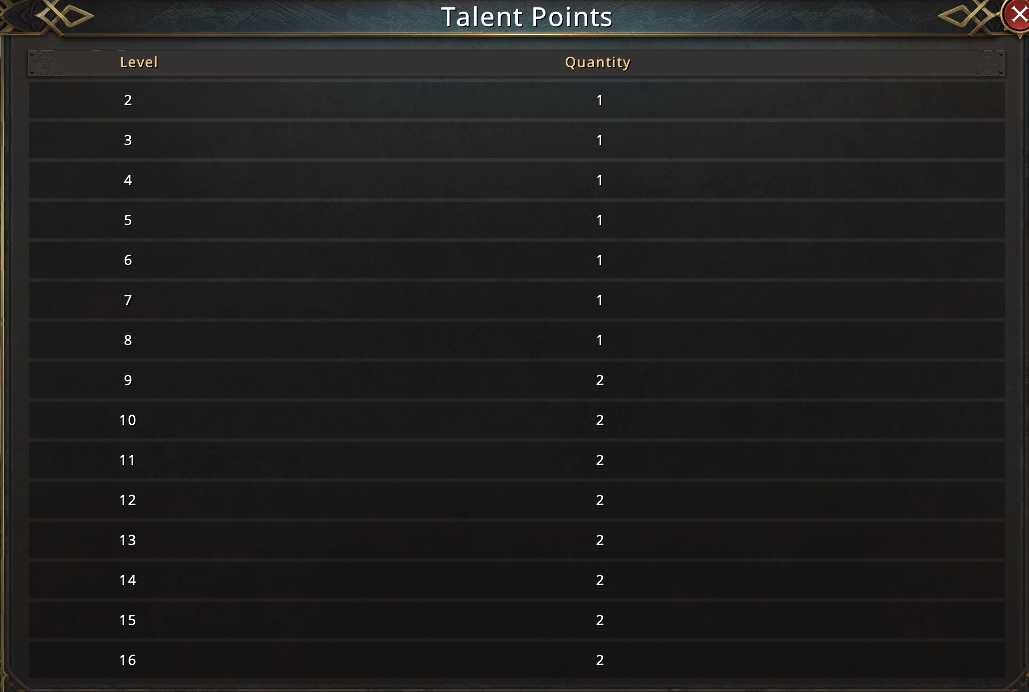 How to Unlock and Level up the Support Dragon Lightning? 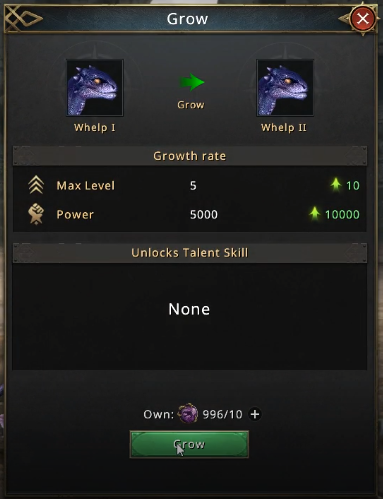 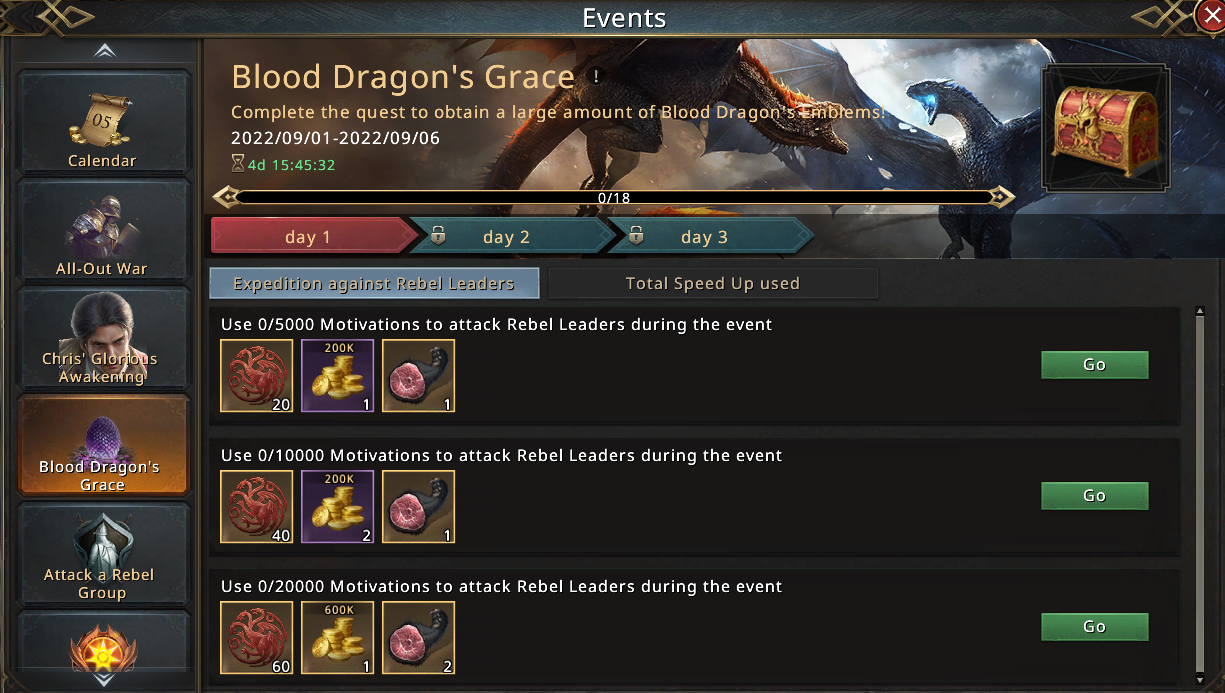 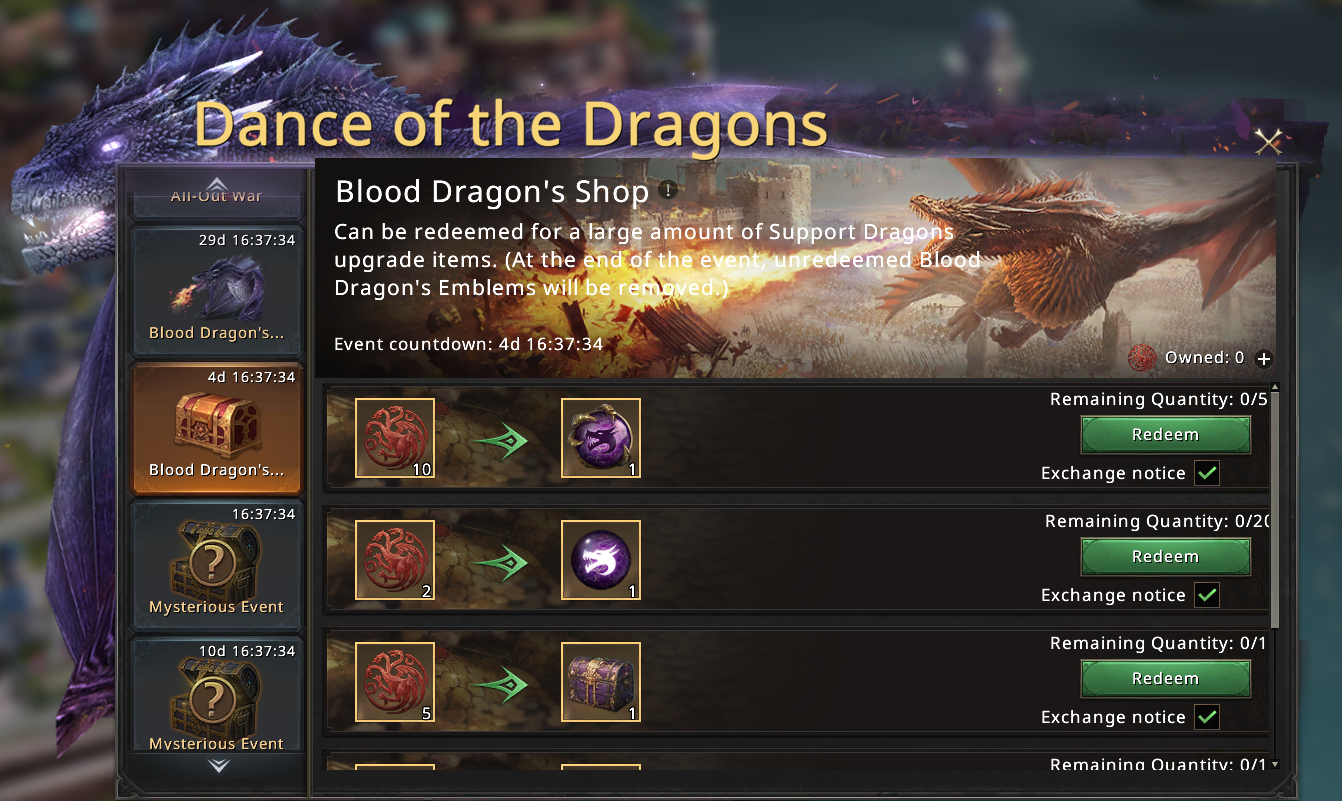 During the Dance of the Dragons event, you will be able to claim various rewards including an avatar frame after Lightning reaches a certain level. 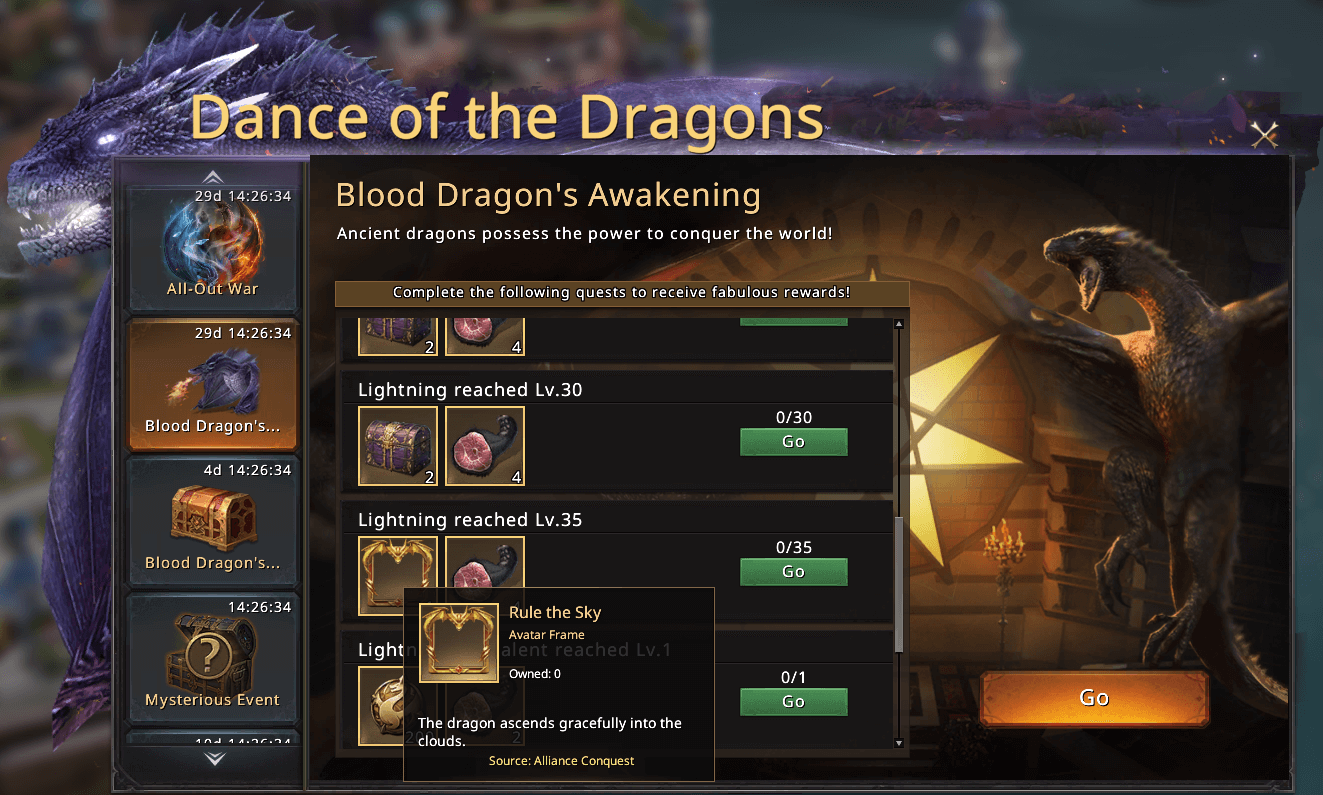 *Don’t forget to login game every day to claim FREE rewards during the Dance of the Dragons event! 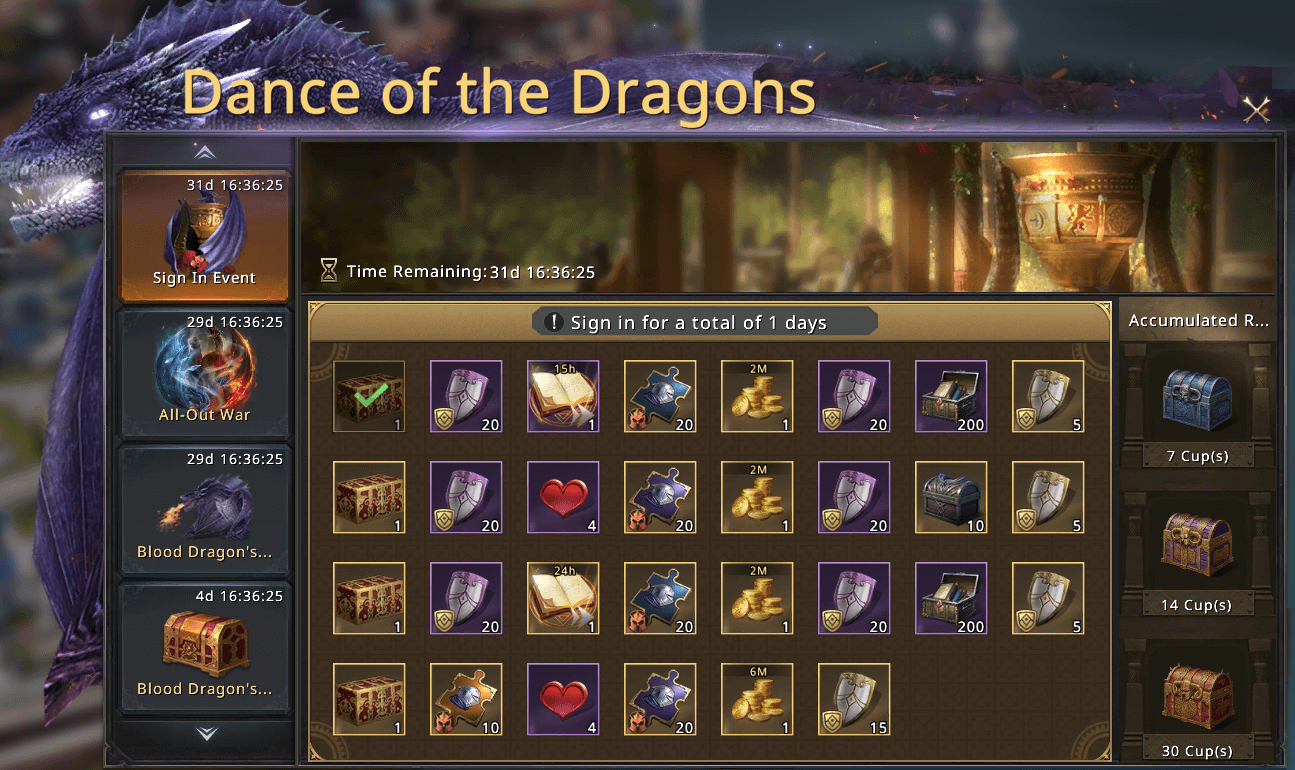 Q: I haven’t unlocked the third dragon Sapphire yet. Can I unlock the Support Dragon?

A: You are allowed to unlock the Support Dragon if you have a 25 castle and your kingdom has been existed for more than 20 days. It doesn’t matter if you have Sapphire or not.

Q: I haven’t unlocked the third dragon Sapphire yet. How can I afford to unlock Lightning?

Please note that the above content might be changed according to the changes of the development plan. Final update will be determined in-game.