Preview of Siege of Winterfell: Are You Ready for New PvP Challenges?

Are you ready for challenges, lords and ladies?

Robb Stark led his troops south to fight against the Iron Throne, and Winterfell has been left with few defenders. In order to gain control of the North, House Greyjoy has turned against House Stark and the Siege of Winterfell is imminent.

Siege of Winterfell will introduce real-time strategy PvP battles where your troops can freely march on the new map, your commanders have exclusive strategic skills, and you’ll have a chance to win Simon medals and new castle exteriors!

The testing season is expected to be online in October. Will you join the Starks or the Greyjoys?

Similar to Alliance Conquest Play-offs, all participating alliances will be divided into 3 leagues based on their power. You will NOT LOSE ANY TROOPS during matches.

There are ELEVEN locations on the battlefield with Winterfell in the center. Different locations have different functions. For example, capturing Hot Spring help speed up your healing and Armory increase total attack. 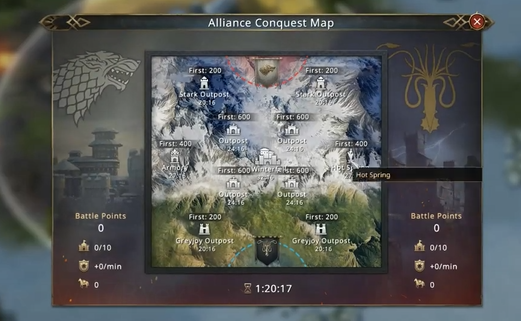 Free Marching on the Map

Troops can march freely in the new battlefield, which means you can directly control each unit by using keyboard shortcuts and mouse and change any troop’ march command at any time.

Troops of different types have different marching speed and attacking range. Tier 1 Cavalry moves the fastest, while Tier 4 spearman slowest. The overall movement speed of a troop is determined by the average speed of all soldiers. A troop comprised solely of Bowmen has long attack range, a troop has melee attack range if it contains Cavalry or Infantry. What is a troop that has a medium attack range consists of?

Like other PvP battles, you need to invent new tactics to reign supreme over enemies in battles. Each player can create three armies and deploy a maximum of 3 commanders in each army. The enemies will receive more damage if there are more than 2 armies attacking them at the same time.

Wounded troops in Siege of Winterfell are divided into two types: Wounded and Seriously Wounded. Wounded soldiers can remain with the army but cannot battle until they are healed (using the commanders’ healing skills). Seriously Wounded soldiers are immediately sent to the Hospital and can be deployed again after they have been healed in the Hospital. How will you choose commanders and types of soldiers?

Each commander will have their exclusive real-time strategic skills (namely 1 active skill and several passive skills). For each Commander's Active Strategic Skill, its Rage consumed and the cool-down time between successive casts differ. The passive strategic skills vary according to the quality of the commander, and the active skills remain the same. It is possible to use the skills of multiple Commanders' consecutively within the same second, so make sure you plan these skills well.

Only a few commanders will have exclusive RTS skills during the testing season, and more will be unlocked in future updates. Please note that if your Lord commander doesn't have the RTS skills yet, the buff that your Lord grants you will NOT be in effect in Siege of Winterfell. 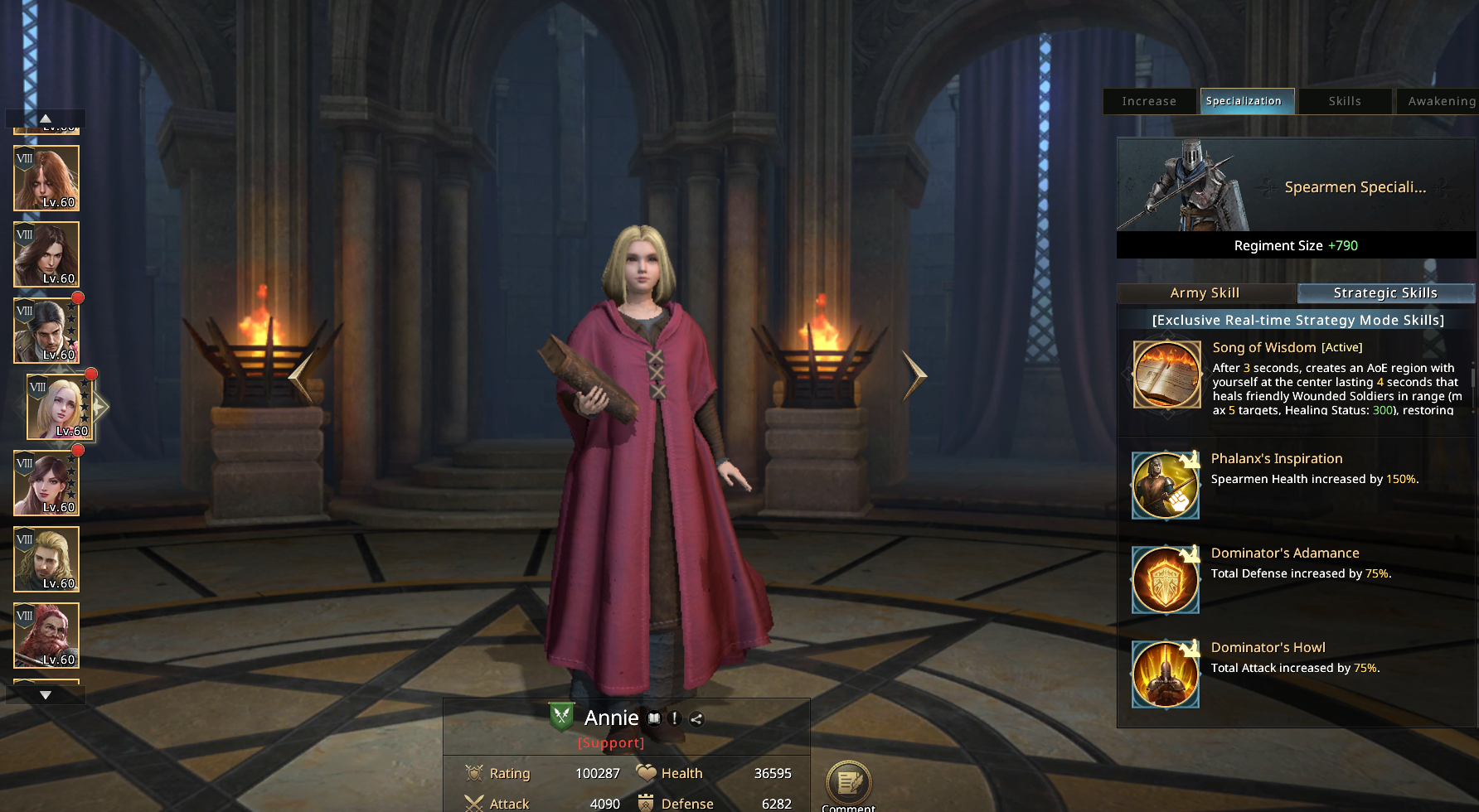 All participating alliances will be rewarded according to their performance in the Siege of Winterfell. There will also be rewards for the top-ranked alliances and alliance leaders, and for those who reach a certain amount of points. Rewards include exclusive castle exteriors, badges that increase total health, general tokens that are used in the Awakening system, diamonds, and more.

Additionally, Siege of Winterfell will be using the same Battle Shop with Alliance Conquest, where you have a chance to obtain the healer Simon and other items like you did in Alliance Conquest.

Train your soldiers, polish your weapons and get ready for the new real-time PvP battles in Siege of Winterfell!

*Please note that the above content will be adjusted due to the change of the development plan. Final updates will be determined in game.