Now that all the rules have been announced, it’s time to reveal what you care the most--Rewards of Alliance Conquest! Not only will there be resources and speedups, but also EVENT-EXCLUSIVE castle exteriors, message frame, title frame, avatar frame and medals of a brand new commander--Mengo! Let’s see details below!

All players from both alliances who have entered the battlefield will win a reward that differs based on the results of the match. Rewards will be sent via mail after the match has ended.

During a match, every time an alliance reaches a specific amount of battle points, all participated members will be granted a Point Reward as below. This reward will not change according to the match result. Gain as many points as you can!

The seasonal performance of a player and the alliance will be calculated at the end of the season and they will be rewarded accordingly, including the 30-day Dragon Crown, the new cavalry commander Mengo, the exclusive message frames and tons of resources. Check them out below.

All qualified alliances will be ranked based on their performance at the end of the season. The leaders from the TOP 10 alliances  will receive the exclusive castle exterior Dragon’s Crown (30-day), unique title Combat Ace (30-day), lots of speedups and resources. Check out the details below. 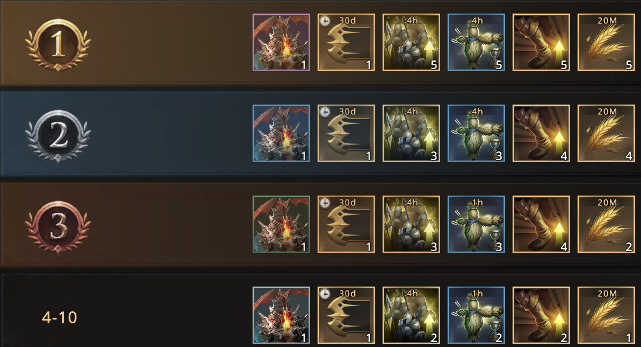 The TOP 3 players who eliminate the most enemies within the alliance can get an Individual Reward (including diamonds speedups and Spirit of Weirwood Tree) after the last match of the season has ended. Quitting an Alliance before the end of the season will reset players' ranking points, and disqualify them from the Individual Point Reward.

ALL MEMBERS from an alliance that wins at least 3 matches during a season will be able to unlock the new commander Mengo, who can help greatly increase the cavalry attack and defense.

ALL MEMBERS from the TOP 100 alliances will be able to receive packs of diamonds, Advanced Skill Raffle Tokens, Gold Dragons and speedups. All members of the No.1 Alliance will beable to wear the EXCLUSIVE Dragon and Lion Battle message frame, while top 3 will have their own Alliance Vanguard avatar frame for their excellent performance. 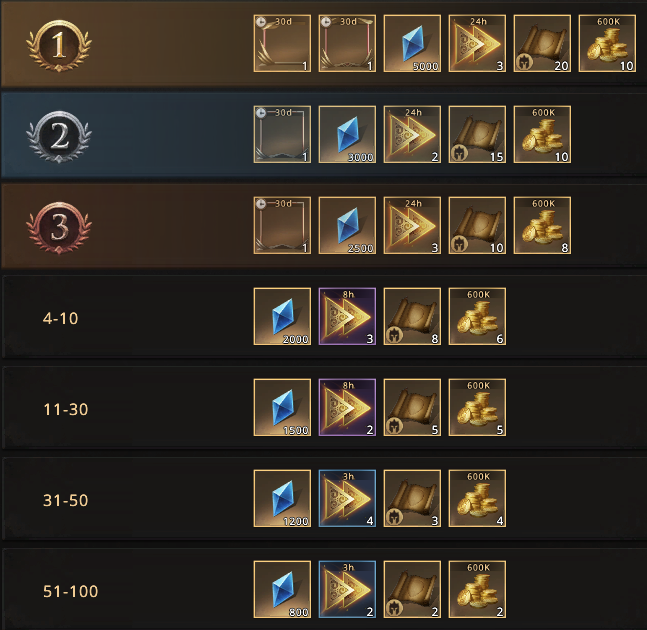 Don’t worry if you fail to obtain the Winner’s Reward to unlock Mengo. Players will receive Valor Points based on their performance during the match (for eliminating enemy troops and healing allied troops). The Valor Points can be used to redeem items in the Valor Shop, where the medal of the new commander—Mengo, speedups, resources and friendship gifts will be available. Don’t forget to spend them! 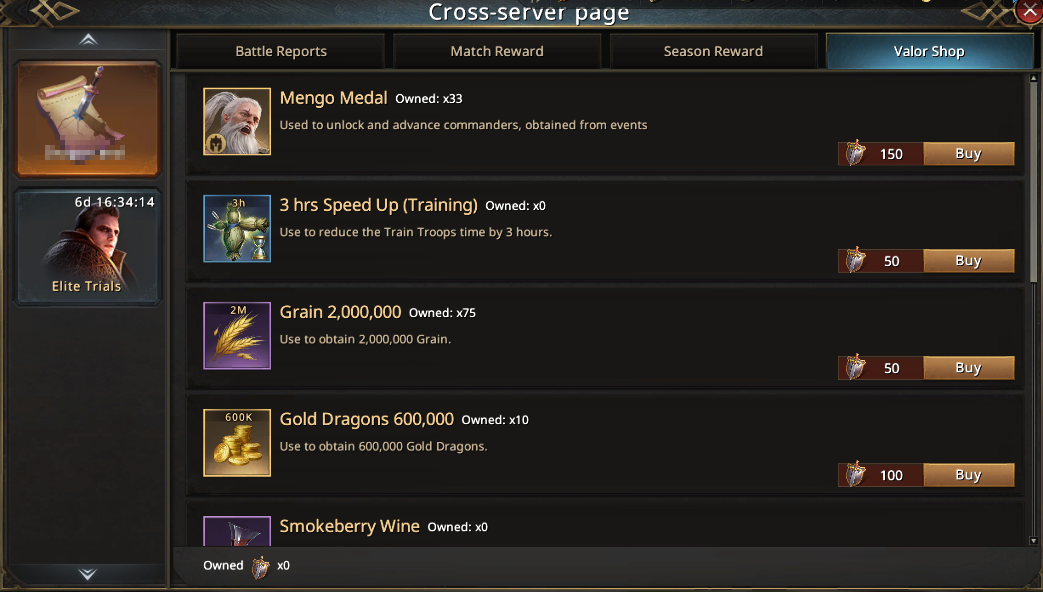 The testing season of Alliance Conquest will start on Nov. 12th. Hope you and your alliance have been getting ready for this brand new challenge!