*Special thanks to an anonymous player for contributing his game guide to us!

1) What is Alliance Conquest?

Alliance Conquest is an event that has two random alliances fighting each other over a point system of holding castles, killing enemy players and capturing a location for the first time. There are two sides Lannisters and Targaryens, which are randomly chosen, Targaryens start south-west and Lannisters in north-east. The total amount of castles is 9. The most points giving castle is Casterly rock, then comes 2 ports Lannister Port and Targaryens Port, if you are capable to hold these 3 castles all the time, then you probably win the match, but do not underestimate the smaller castles as well, as its quite hard to hold enemy port or any castle, as there is infinity numbers of rallies enemy can start same time on a single target. This means the only thing matters is the strength of rally leads and the numbers of the troops. Also remember each player can hold only 1 Castle total, when he has taken a Castle he is not capable to rally another one, but sometimes he can start rallies on enemy players. 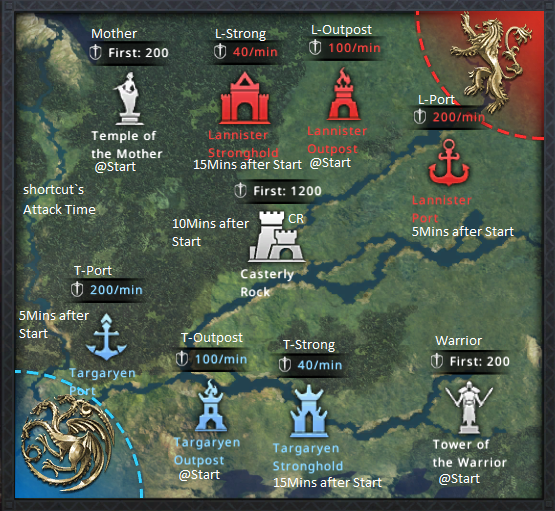 As you can see from this screenshot, you get points from holding castles per minute and from getting there first. This means you should in beginning try to get the castles first and you should not just use a single player hastening into a castle, but multiple

players, who all try to get a castle just for the beginning points. Also if someone is really good at it you might want to disband him after taking castles and re-take new ones.

3) What to do prior to entering?

As you are not able to change your battle stats after entering, there are a few things you should do before entering.

3.6) Set yourself 20% total attack on, and go battle using 20% total attack as you have an issue not seeing it anymore after the event starts. Also can use Warrior Summoning from there if needs be. 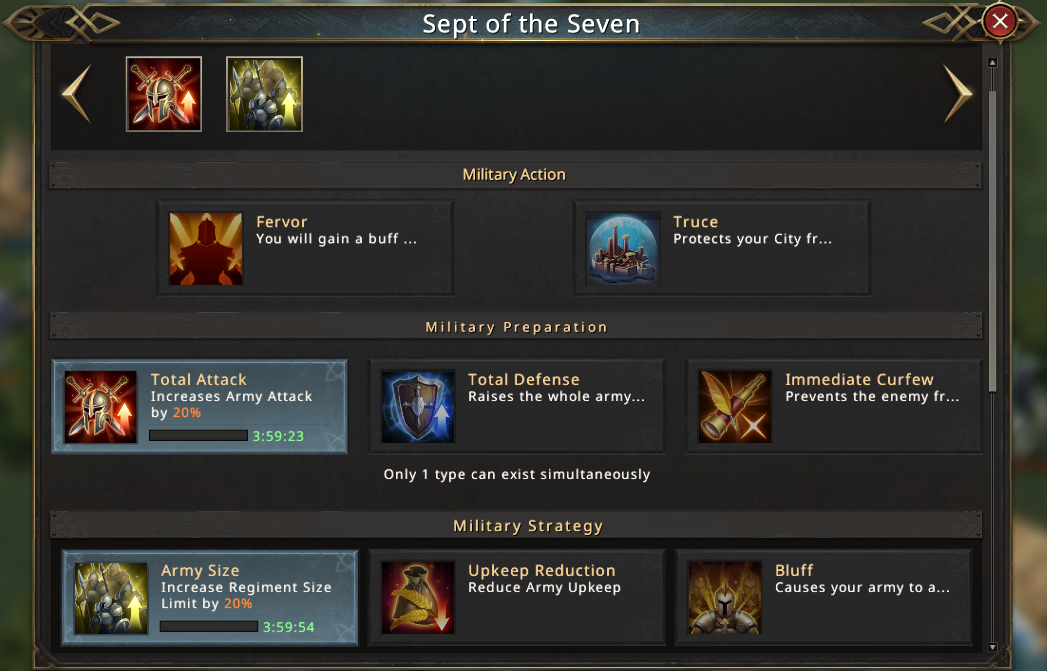 As this event is very different from normal Castle Siege, then there are certain aspects you should always consider. A Castle can be reinforced with 30 players and is dependant on march sizes of those players, but a total army which fights always is under that, mostly it is near to 3m troops(probably with all these new bonuses and research it will increase drastically). This means a single rally cannot take over a castle(even if you make total annihilation to the enemy castle), which is fully reinforced, you need a minimum of 2 rallies. A single player can even start 6 different rallies on different castles as 1st march and let the 2nd march of your teammate take the castle, but this can fail in the moment you win in the first rally on a castle. So it is not very recommended. The better way is that single player starts 3 rallies on a same castle, which he can do and sends first a bit weaker rally with commanders in 2nd rally the strongest and 3rd one a bit weaker as well, so to make sure you will get the castle. And yes a single player can do on a same castle three rallies at the same time.

So in overall, the most important thing in Alliance Conquest is speed and the numbers you can join rallies with, so as an alliance you always should have as many players as possible in the match. Also, remember you need your duke or officials to buy the items for the matches and only they can do it. I would suggest having 50 speed hastens for speed and all else healing hastens(use to fast heal troops), so you can fight, but sometimes you need more speed hastens to get castles and return troops.