The Army of the Dead Rules

After learning about the testing season schedule, let’s move on to the rules!

What should you do in north and south to the Wall? How can you make full use of different buildings, defend as many waves of White Walkers so as to successfully defend the Wall? How can you contribute to the Alliance and what can you obtain through the event? Check out below and make a plan in advance!

Before entering the new map to fight against the army of the dead, you have to register, wait for matchmaking. Adjusting your equipment sets and buffs in advance could be one thing that you can do to prepare.

- Same as Alliance Conquest, only the Duke and Officials of an alliance can register during the registration period.

- There are four 1-hour time slots available for the alliance to participate:

-     SIX registered alliances will be randomly assigned to form one group based on their power in a round of battle. There may be one group with less than 6 alliances.

-     You can check the other 5 alliances in the same group before each round.

-      You can enter with an amount up to 3M troops(limited to your max troops) into the new map specially designed for this event 30 mins before the battle begins.

-      A 2-hour Truce will be automatically put on your original city, keeping you from being abstracted by attackers outside the map.

-      NO RESOURCES will be consumed during the event.

-      Players will NOT LOSE ANY TROOPS during the event. However, the troops you brought into the new map may die when defending against the White Walkers and can only be healed by a certain percentage using the skill of Maester’s Tent.

-      Note: You can leave the map by quitting the match but you will NOT be able to rejoin afterward. Similar to Alliance Conquest, you can’t join the match without registering first or not entering the battlefield in time. 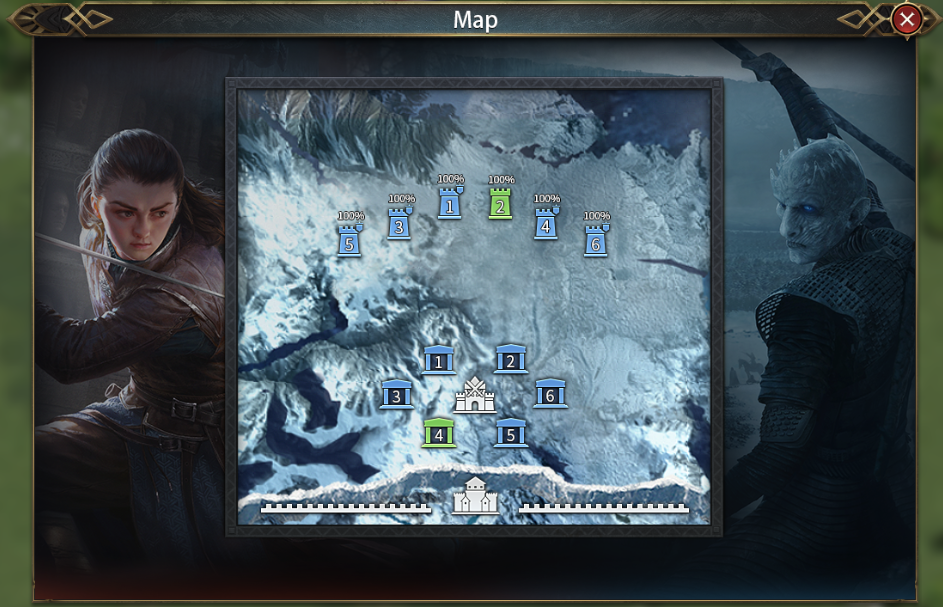 You will need to select a spot at your birthplace as your base. It is up to you to choose to defend the Wall by sending troops to the Outpost or to assist the defending team by collecting resources for upgrading related buildings.

As we mentioned in Preview, you need to plan and strategize your work to do either north to the Wall or south, as well as cooperate with the other alliances.

2.2 Guard the Outposts and Defend the Wall

-      You can send troops to defend the outposts or reinforce your allies at the outposts.

-      Both the Outposts and the Wall have their durability. When the durability of one Outpost is decreased to 0, the army of the dead will start attacking the Wall; the match ends when the Wall durability reaches 0.

-      The match ends after players have defended the Wall for 60 minutes or if the Wall durability reaches 0. Defend as many waves of White Walkers as you can! 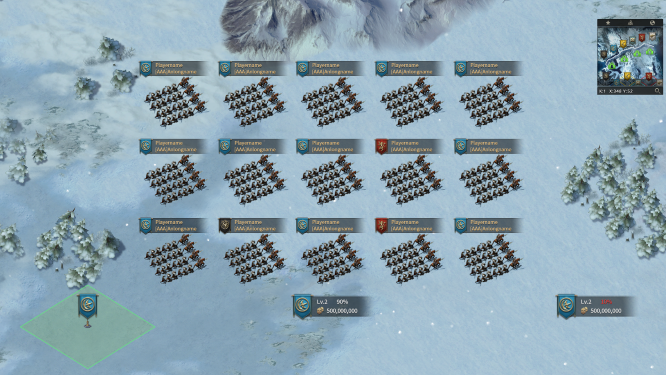 Apart from defending the Wall and outposts at the Wall, you can also play an important role south to the Wall, simply by collecting resources and upgrading different buildings.

-      There are groups of Wights, White Walkers and First Men Mines south to the Wall. Sending your troops and commanders separately to collect different items.

-      You can send your TROOPS to attack the Wights and send COMMANDERS ONLY to attack the White Walkers or gathering resources from the First Men Mines. These actions have a chance to grant you the four special items: Rubble, Dragon Glass, Firewood and Medal.

-      Rubble, Dragon Glass, Firewood are used to upgrade the buildings respectively in order to make the defense easier. Details are displayed in the table below.

-     Medals: When the match ends, you can send the Medals you collect to other players to honor their contribution, which also grants you contribution points.

- You can win contribution points and Contribution Token by successfully defending waves of the Army of the Dead and transporting resources to buildings.

- In each round, all members of alliances that participated in the top 20 scoring battles (top 100 for Season 1) for defeating the most waves will receive an Alliance Ranking Reward.

- In each round, alliance members that participate in the match will receive an Alliance Combat Reward for defeating a specific number of attack waves. Defeating more waves to obtain Refinement Ore and Badge Chests!

- In each round, players can receive an Individual Contribution Reward for earning a certain amount of Contribution Points.

- At the end of a season, the top 100 alliances and players will be rewarded respectively based on the Contribution Points that they obtain.

Make a plan in advance to increase the efficiency to defend against Night King and his army. Check out below the skills of different buildings and make full use of them. 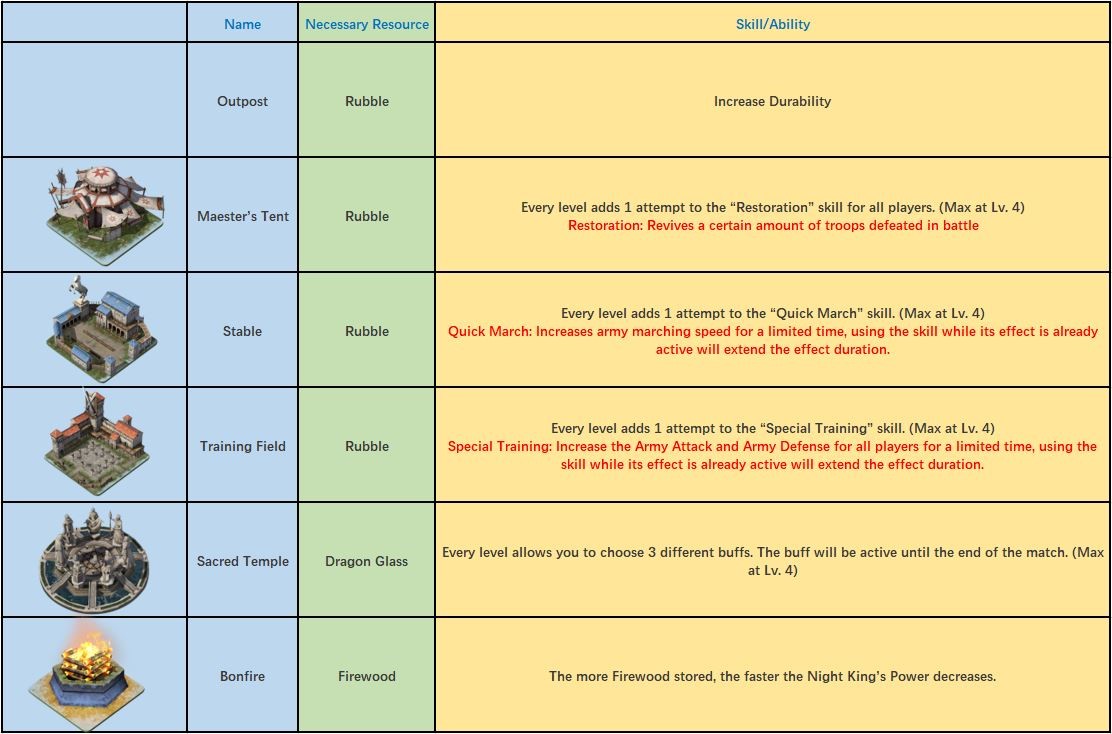 Please note that the above content might be adjusted due to the change of the development plan. Final update will be determined in-game.