Our testing season of Alliance conquest has closed its curtains last weekend! Your alliance may have won victory or encountered defeat, but the most important thing was that you showed the courage and fought alongside with each other!

Now let's take a look at the top 100 alliances and players!

Congratulations to ATD from Kingdom 8, NDM from Kingdom 18 and HTT from kingdom 10 for placing the top 3 alliances! 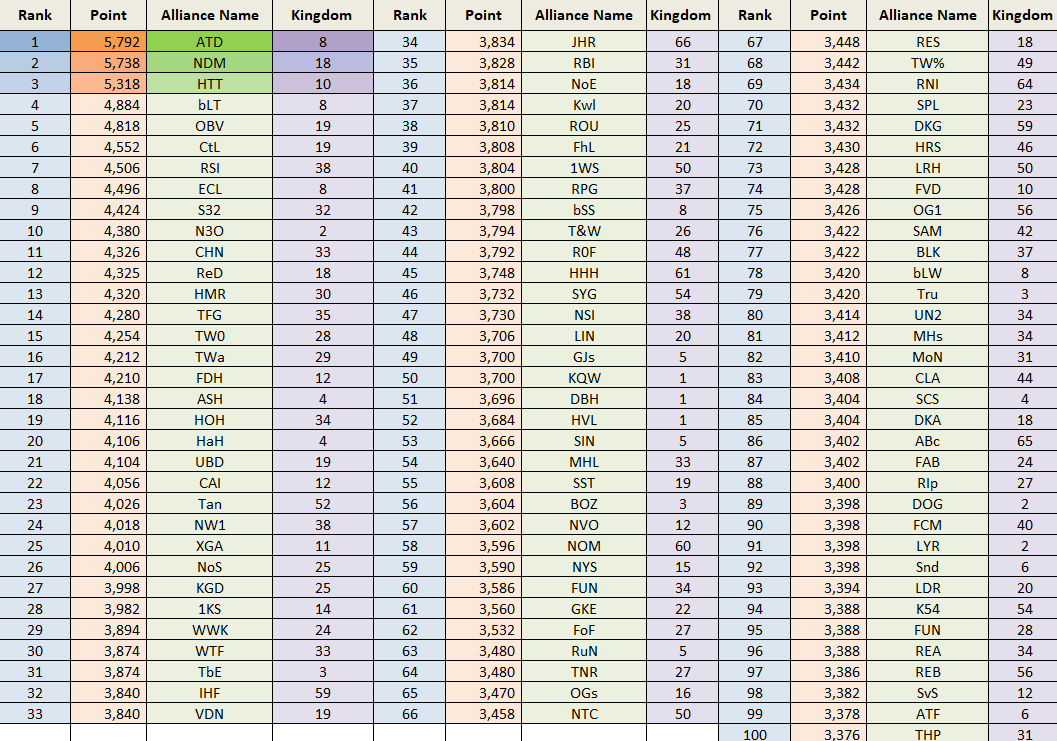 And YMspring from K66, Opux from K18 and BloodBlessed from K36 for earning the most personal points! 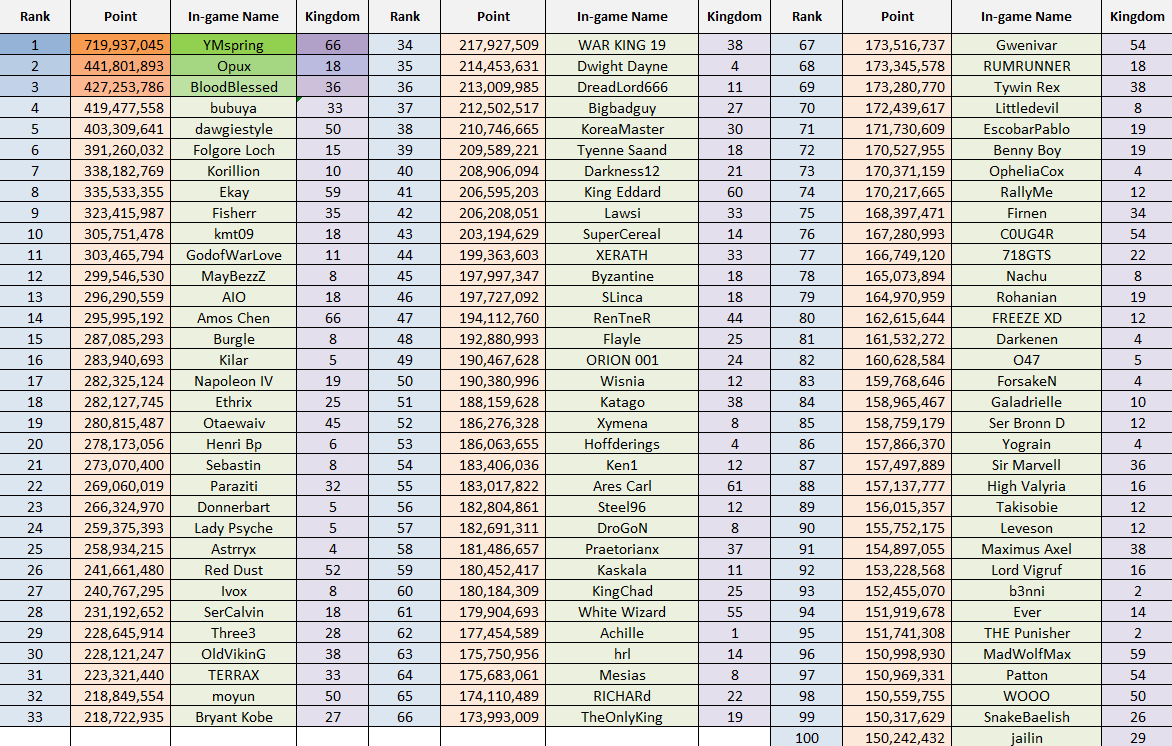 Take the rest season to re-strategize, save up your speed-ups and upgrade your armors for the next Alliance Conquest in next month!